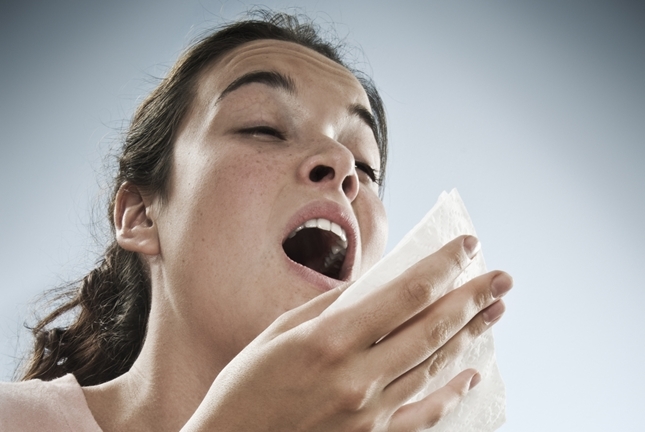 Medical researchers now believe that as many as 50 million people in America suffer with seasonal allergies. They expect that number to grow.

If you are like many people, you've probably tried a variety of conventional over-the-counter medications to manage your symptoms. The problem with those solutions is that they often make a person drowsy, edgy or feel plain lousy. More than that, they don’t solve the problem because you need to keep taking them to manage symptoms until the pollen diminishes.

Happily, as research has repeatedly shown, homeopathy can really help!

In a prior article on this topic, I discussed 24 of the most common remedies typically prescribed for hay fever and seasonal allergies. In this article, I want to examine six of those remedies in much more detail in the hope that this information will make choosing one less difficult.

Allium cepa: Anyone who’s ever cut up raw onions for cooking knows the effect on the eyes and nose. As you likely know, in homeopathy we treat like with like making Allium cepa (red onion) a good remedy to consider for acute bouts of hay fever. Someone needing this remedy will often have a dull, frontal headache that is worse in the evening and in a warm room, but better in open air. The head pain can at times extend to the temples. There will also be a burning, biting and smarting of eyes as if you are standing in smoke, with a desire to rub them. Much redness and watering of the eyes is also very common for someone needing this remedy. At times the left eye is noticeably worse than the right eye. There may be an aversion to light. As for the nose, the discharge is typically watery and burning, and here too the problem may be worse on the left side. There is frequently tingling and itching particularly in the right nostril. The upper lip and the edges of the nose may become irritated as well. Frequent sneezing is very common particularly on rising from bed in the morning.

Arsenicum album: The indications for this remedy can at times be confused with Allium cepa as both produce a watery, profuse discharge from the nose that can greatly irritate the margins of the nose and the upper lip. But digging a bit deeper into the characteristic symptoms of Arsenicum, one quickly finds important differences. Someone needing this remedy will typically feel better in a warm room and worse in cool open air and will not tend to have many eye symptoms. A sometimes throbbing frontal sinus headache is common. As for the nose, one can often experience an alternating stoppage of the nose followed by fluent discharges with the discharge being typically acrid and watery in nature. Or there can be a sensation of stoppage with a fairly profuse discharge. There can also be frequent sneezing with a bit of hoarseness. People needing Arsenicum are often chilly, restless, may have trouble sleeping, and feel worse after midnight. They are thirsty, usually for warm drinks, and the allergy symptoms have made them tired and drained.

Natrum muriaticum: A person needing this remedy has many of their seasonal allergy symptoms centered around the nose and frontal sinuses. As a result, frontal headaches are common and may be of a throbbing nature almost as if caused by tiny hammers. One may awaken every morning with a headache that may last until noon or all day. Eye symptoms include watering and redness of the eye as well as feeling as though there is sand in the eye. Discharges from the nose can be quite profuse and tend to be clear white — almost like the white of an egg. On rising in the morning, violent and frequent sneezing can accompany the runny nose, along with postnasal drip. There will also tend to be a loss of both taste and smell. People needing this remedy can feel worse from 10:00-11:00 A.M. and in a warm room, better in open air. They may also find they feel more sadness than is normal for them.

Nux vomica: Someone needing the homeopathic remedy Nux vomica for their allergy symptoms can be somewhat easy to spot. First and foremost, you’re going to see someone who is more irritable and impatient than normal. You are also going to find someone who is a bit chillier than normal. Headaches are not uncommon during allergy season and the pain experienced is often of a pressing nature. The eyelids may burn and itch a bit. As for the nasal symptoms, it’s common to have a copious, watery discharge during the day and a dry stuffed nose at night. You may also notice that the nose feels completely stuffed outdoors but then runs freely when inside. There may also be a crawling or creeping feeling in the nose. Frequent and sometimes distressing periods of sneezing are not uncommon on waking, while still in bed in the morning and there is a general feeling of wanting to sneeze but not being able to!

Pulsatilla: This homeopathic remedy is particularly helpful for complaints which often occur in patients of a mild, yielding, or good-natured disposition; also in those who by their sickness, or naturally, are very easily tearful and weepy. Their emotional state is completely contrary to the state one would find in someone needing Nux vomica. Also, unlike Nux vomica, a Pulsatilla patient is worse from warmth and from being in a warm room. The headaches of this remedy are often worse in the evening, chiefly in the forehead, around the eyes, and in temples, with pains that are heavy, bursting and throbbing. The headaches can also be worse from mental exertion and stooping. There may be burning and itching in the eyes that leads to rubbing and scratching. Here, somewhat like with Nux vomica, you may have a copious discharge from the nose followed by a dry stuffed nose in alternating fashion. It is common for the discharge in the morning to have a yellowish tinge. There can often be tickling in the nose followed by bouts of sneezing. Sneezing can be worse in the evening, during sleep (with a need to sit up) and in the morning in bed. People needing this remedy are often worse in general in the evening and in a warm room, much better in the open air. They also tend to be less thirsty than normal.

Sabadilla: This lesser known homeopathic remedy can be helpful for those who are particularly sensitive to the smell of a flower (or in rarer cases, even thinking about flowers). Headaches associated with seasonal allergies tend to be felt as pressure in the forehead and temples. Nose symptoms include a copious watery discharge, violent sneezing, and a strange itching titillation on the inside of the nose.

Remember (particularly if you’re new to homeopathy) the key to choosing the correct/helpful remedy is always the same. One must match the “characteristic symptoms” (i.e., unusual or peculiar) of the person you are caring for (not the common ones like a headache, sore throat, cough, fever, etc.) to a remedy capable of producing similar characteristic symptoms to have success. If you choose a remedy with characteristics most similar to the characteristic symptoms of your family member, you should have a happy outcome every time. If you don't, you or they will either feel no effect or one that is mildly positive at best, but there is never a bad effect from choosing the “incorrect” remedy.

Once you have chosen a remedy that appears to match your symptoms, dose with a 30C or 200C to start by placing one pellet under the tongue or one pellet in water, stirring vigorously and then giving a teaspoon dose as needed. Always cease dosing when relief begins and only redose if symptoms again worsen. As with any medical condition, consult with your physician if you have any concerns about the severity of the problem as it may first require medical diagnosis and/or intervention and monitoring.

Dr. Lisa Samet N.D. is an exceptional homeopath who provides Washington Homeopathic Products with a regular column on using homeopathy for the family. She's a naturopathic physician who specializes in homeopathic medicine and she's a partner with Dr. Andre Saine N.D. Dr. Samet graduated from the Southwest College of Naturopathic Medicine in 1998 and has been practicing in Montreal since then. She was born and raised in New York.

Dr. Samet has chosen to focus on homeopathy because in her experience it is the deepest healing modality available in that it does not just soothe or palliate symptoms but can actually stimulate the body to start to heal itself. Dr. Samet sees patients in her Montreal office as well as long distance using Skype. Learn more here: Dr. Lisa Samet.You can follow her on Facebook as well.